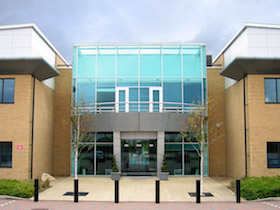 Arm Holdings (Arm) is a multinational semiconductor and software design company, owned by SoftBank Group and its Vision Fund. With its headquarters in Cambridgeshire, within the United Kingdom, its primary business is in the design of ARM processors (CPUs), although it also designs software development tools under the Allinea, DS-5, RealView and Keil brands, as well as systems and platforms, system-on-a-chip (SoC) infrastructure and software. It is considered to be market dominant for processors in mobile phones (smartphones or otherwise) and tablet computers. The company is one of the best-known 'Silicon Fen' companies.

In 2016, Arm acquired Allinea Software, an industry leader in development and performance analysis tools that maximize the efficiency of software for high performance computing (HPC) systems. Currently, 80 percent of the world's top 25 supercomputers use Arm's software tools, with key customers including the US Department of Energy, NASA, a range of supercomputing national labs and universities, and private companies using HPC systems for their own scientific computation.  Arm Forge is a unique toolset that provides developers with the ability to deal with systems with hundreds, thousands (and hundreds of thousands) of cores. The product suite includes an application debugger called Arm DDT and a performance analyzer called Arm MAP, and an analysis tool for system owners, users and administrators called Arm Performance Reports. [more]